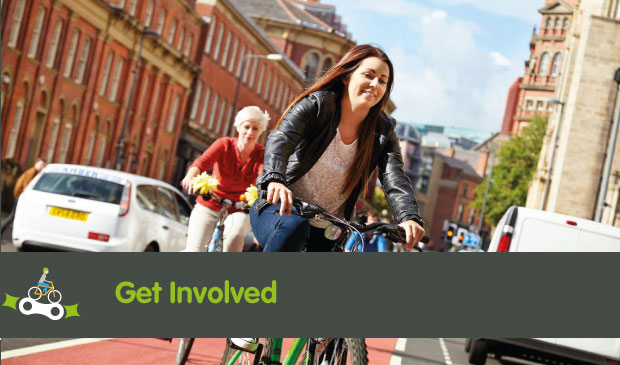 CityConnect are looking for cyclists who regularly ride between Bradford and Leeds to become champions for the new segregated cycle route. They are also interested in the views and opinions of cyclists in the region because this is a significant investment not only in Leeds and Bradford, but also in the town centre of Huddersfield and routes from the Colne Valley and through to Cooper Bridge from Brighouse.

Pete Zanzoterra, a sustainable travel consultant who works on the CityConnect Advisory Group, is organising two meetings, one in Bradford (Tues 1st March) and one in Seacroft (Thurs 10th March). Pete wants to reach as many regular cyclists as possible, especially people who cycle for sport and leisure.

The meetings are both on Eventbrite and Pete would like to invite you and if possible, to ask you to make as many other cyclists aware of them. Here are the details:

It is important that we build an understanding on why this sort of infrastructure is being built. We will need all the help we can get in making it a success and getting new or less regular cyclists to use it. This is a critical moment in convincing local authorities to fund more cycling infrastructure in the future and we want to mobilise all of the cycling support that we can muster. It is also a chance to discuss cycling provision and influence what we build in the future.

If you would like to speak at the meeting or know anyone else that would like to represent a club or a group of cyclists please contact Pete. There will be plenty of chances for anyone attending the meeting to get their voice heard.