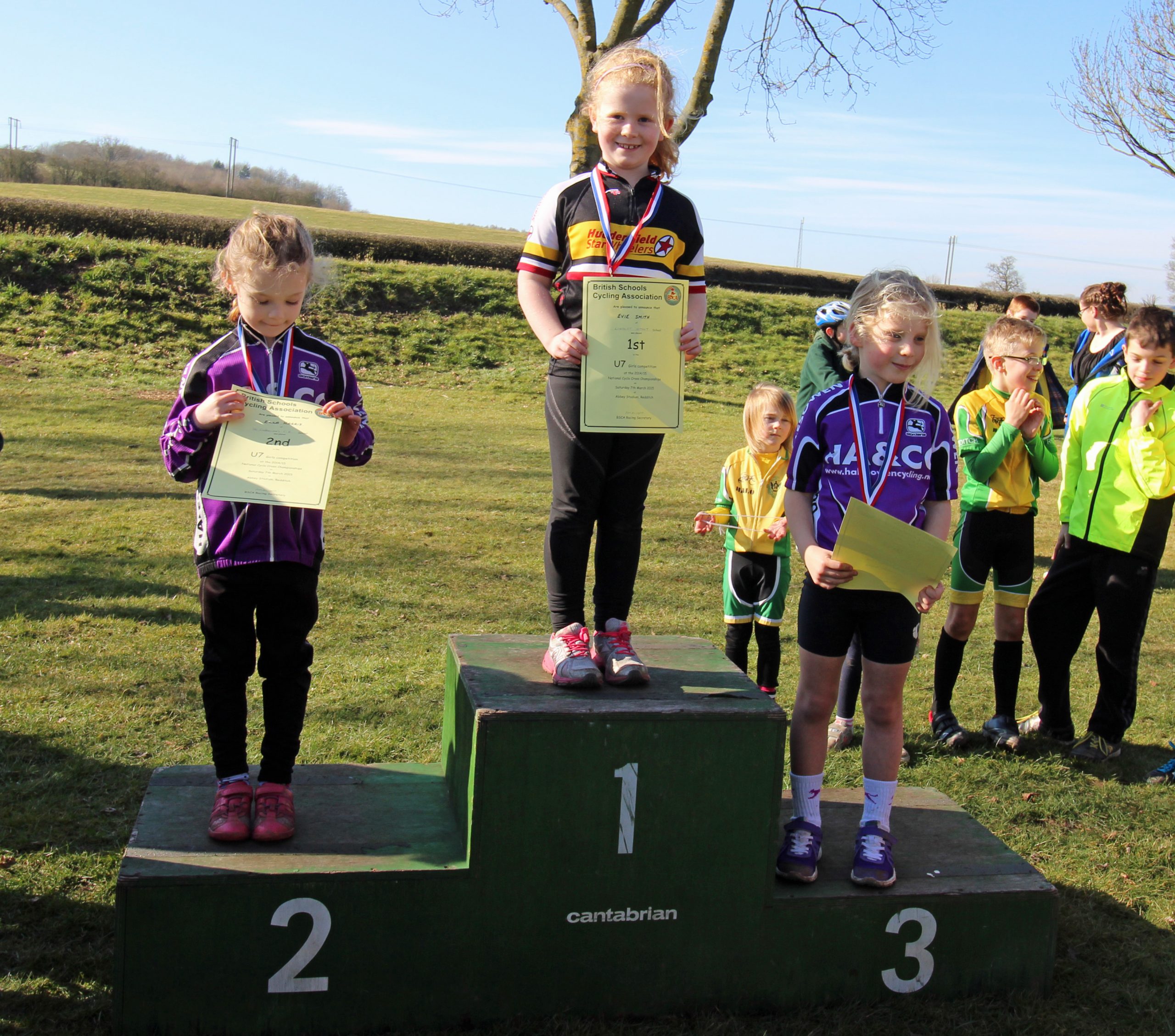 Huddersfield Star Wheelers Go-Rider and Lindley Infants pupil Evie Smith has just become the Under 7 British Schools Cycling Association (BSCA) cyclo-cross National Champion! She was top of the ‘field’ at Abbey Stadium Reddtich after the off road race. This win was hot on the wheels of Ruby Boyes becoming Under 15 girls Yorkshire Region Cyclo-Cross champ in February this year at Spen Valley.

BSCA was founded in 1967 and promotes the sport and pastime of cycling for all young people, whether experienced or beginners. They hold a series of regional and national competitions in eight different cycling disciplimes in a safe and controlled environment.

Cyclo Cross literally represents the ‘grass roots’ of cycling sport that is accessible to almost anyone with a bicycle, a helmet, the right environment and is prepared to get muddy. Huddersfiled Star Wheelers Go Ride section is affiliated with British Cycling and run under the Sports England’s Club Mark which is the standard for high quality community sports clubs.